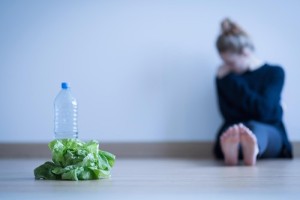 Undoubtedly, we will have readers and members of our website who may have very real issues with eating disorders. None of our regular team has personal experience of these so we are pleased today to feature a piece written by Sophie Boulton. Sophie is a promising young psychologist who has experienced her own psychological issues. We are extremely grateful that she has chosen to write for us. The photography is from our stock library and does not feature the author.

Eating disorders are something that I am very passionate about, particularly as I have struggled for almost 7 years myself. So many wonderful people have struggled or are still struggling. I’ve also more recently experienced this illness from a different perspective whilst studying my psychology degree, as well as seeing friends and family endure this awful battle.

A common theme of eating disorders is a huge focus on weight, this is a stereotype I’ve experienced from the general public, and medical professionals. Weight is actually a symptom, and most people with eating disorders aren’t emaciated.  Eating disorders are not about being 5 stone, or wanting to look like a size zero supermodel. I have been turned away from eating disorder services because of my weight not being below a certain BMI, for not being a typically anorexic. I remember clearly being weighed weekly by a nurse during my time at University as I had relapsed, she said to me ‘you don’t look that thin, I’ve seen people who are four and a half stone.  This is something that really frustrates me, because telling someone that their weight isn’t low enough is dangerous, mentioning other people’s low weight is triggering, and invalidates the individuals distress and difficulties. This could have caused myself to go further into my eating disorder. I’ve known a comment like that fuel sufferer’s disordered thoughts, and already predictably low self-esteem. Luckily when I was told that I had my best friend there to support me, and spoke to my mom, and was able to articulate how I felt. This was a skill that previously had been unable to do, and a lot of people with eating disorders have difficulties expressing their emotions, and always want to please other people. 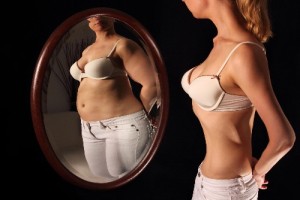 I have also been told I cannot access therapy because I am still engaging in certain behaviours. Due to studying psychology, and having an insight into safeguarding, ethics, and the welfare of the patient, I understand the problems with working with individuals who are self-harming, or purging. These behaviours are dangerous, but they are happening because the individual is clearly distressed, and this is their coping mechanism. So, to tell someone that they must stop their behaviours in order to have help, I think is ridiculous. This could be a big incentive towards reducing behaviours, and recovery, but is also a massive risk. Not being able to stop the behaviour can be seen as a huge failure, or weakness. I know this because this is exactly how I felt, and this huge expectation resulted in unrealistic expectation which fuelled my mental illness.

I have been under services on and off for 6 years, being various weights, with varying labels, and a constant throughout this time has been my eating disordered cognitions. Whether that be anorexic, bulimic, or EDNOS. A quote which I find very apt is ‘how do you explain something to others when you don’t even understand it yourself.’ Through trying to gain self-awareness, doing a lot of reading and speaking to other people with eating disorders, I feel I am getting better at understanding and explaining. However, that alone is not enough. The most infuriating thing is now being aware of my thoughts, behaviours, and the effects my actions have on the people around me. Also, still engaging in behaviours that have negative consequences, despite being aware of these.

I hate that for years I worried family and friends, missed social events, I didn’t enjoy food, I almost failed at school, I lied, cheated manipulated and pushed people away. I spent hours in hospital appointments, and almost ended up in inpatient. Now I’ve seen a friend almost die, friends spend years in hospital, have 2 cardiac arrests, and despite this still be in the grip of the disease. A consistency in all the people I’ve met with eating disorders is a crippling low self-esteem, and negative view of themselves, when actually my friends with this illness are some of the most beautiful, kind individuals.

Personally, I feel like I deserve to feel a certain way. That I can’t enjoy food, and that I will always feel like this, that I am far too big and take up too much space. I’ve told myself this nearly every day, multiple times a day, for many years and it has just become an automatic thought. A thought which does not feel able to change, I don’t have much hope for a full recovery. I try and remind myself that even though I’m not where I want to be, I’m a long way from where I was. However, I keep asking myself ‘why?’ This is a question which I don’t have the answer to. Food is a complicated problem, it is so integrated in society, with the obesity epidemic, and it has been in the media about the lack of the beds available for eating disorders. Going out for food is such a social thing, we go out and eat to celebrate, to commiserate. If we have had a bad break up people often comfort eat ice cream, or go on heart break diet.

Something that I have been thinking about a lot recently is that from the outside I look fine, I am repeatedly told how well I look, and that people are proud of me. I know that I am good at hiding how I feel. From the outside, I agree that I do look well, my weight is healthy, maintained, I’ve even gained more weight. I am able to hold conversations, go out for food, enjoy social events, even complete a degree. Although, most people don’t see the inside of my head, the obsessive thoughts, or feel the anxiety I am having. People don’t see the hours spent crying, obsessing about how big my body parts are, how hideous I look, or the comparisons I make with other people. People don’t see me writing down exactly what I eat, weighing myself, or making myself sick. I don’t blame people for that because unless I tell individuals, how are they meant to know? The problem is that I don’t want to say, the eating disorder part of me thrives on secrecy, and there is a lot of shame. I worry if I do say these things that people will judge me, or think ‘shouldn’t she be better by now?’, even though I know these are my own insecurities. I recently told my sister I feel like a failure, a failure at a recovery, a failure at having an eating disorder. She wisely told me that the best ‘anorexic’ is a dead one, and I need to hold onto that.

I think what I want to say is that I am tired. I am fed up of no one professionally helping me. Fed up of being passed around from person to person, and praised for how hard I try. I want people to not presume that because someone looks ok, that they are ok. Everyone is fighting their own battle. My battle is ongoing, and everyday I’m having to make a choice. A choice which either way leaves a part of me unhappy, and feeling like a failure.  I am frustrated at uneducated people saying ‘I wish I could be bulimic for a few days’, or seeing t-shirts worn by overweight individuals saying ‘I beat anorexia’, who have actually never had this illness, and are just using the comment for comedy value.

It is amazing what our bodies can cope with, and how people can run on empty, but a scary statistic is that anorexia has the highest mortality rate of all mental illnesses. This is not because people with anorexia have died due to their eating habits, or low weight, but often because people have felt unable to live a life with this illness, and sadly have taken their own life. If you know anyone with an eating disorder then I can’t emphasise enough about just being there, accepting the person with their flaws and encouraging them to seek professional support. Also, people need to remember that it might seem easy and that they need to ‘just eat’, and not to say unhelpful comments like ‘there are people in third world countries starving’. Try and think about how you would cope if you had tremendous guilt after eating, or thinking about eating. If your cognitions were 80% taken up by thoughts about food, weight, body image, how hard this would be to function normally. If someone is an alcoholic, or drug addict they can seek treatment and stay sober, and avoid these substances, but we need food to live.

A big thanks to Sophie.