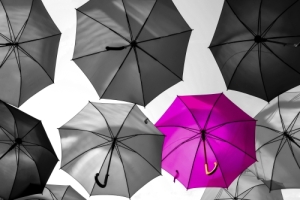 What is Obsessive Compulsive Disorder (OCD)

As the title suggests, OCD is generally considered to be one of the anxiety disorders and might affect as many as 2% of a western population. It is not uncommon for symptoms to appear in adolescence but even children as young as two years of age have been found to exhibit some signs. Previous diagnostic criteria placed it firmly in the anxiety category although recently there has been some separating out of OCD; it is now genuinely the odd one out. This separation is perhaps simply down to questioning whether obsessive thoughts differ to worries. Put simply, obsessions are troublesome thoughts and compulsions are the behaviours that follow and when these begin to affect our quality of life a disorder has been initiated.

Common obsessive thoughts relate to the need to check things are ok or thinking about being contaminated in some way. The compulsions might be to carry out those checks physically (or mentally in some instances) or to wash away or disinfect the contamination. People with OCD will often engage in repeated washing or checking the door is locked. Others will need to straighten anything that isn’t aligned with its surroundings, whilst others will need to repeat something a certain amount of times. It is perhaps wise to note that the obsessions cause distress and the compulsions job is to reduce it.

Many people reading this blog article will recognise some of these thought patterns or behaviours but might not have OCD. The clue is in the word disorder. Idiosyncratic thoughts and behaviours are a relatively normal part of human psychology becoming abnormal or disordered when they cannot be tolerated or force us to act even when we feel it is not right to do so.

The DSM V  (diagnostic and statistical manual) recognises that for a disorder to be diagnosed then these thoughts and feelings need to cause a certain level of distress and the compulsions are enacted to reduce this. Think of believing that having touched a door handle has left your hand dirty and that touching anything else with that hand will spread the germs. The thoughts will force the person to isolate that hand, refusing to touch anything else with it until it is washed or disinfected. In the modern western world the use of hand gels is on the rise in people with OCD. 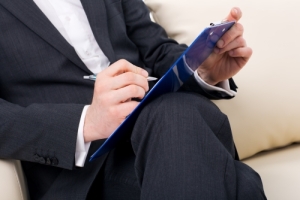 Clomipramine was one of the first medications licensed for use in the treatment of OCD before the more modern SSRI’s (selective serotonin reuptake inhibitors) became widely available. Several SSRI’s are now used including Prozac and Sertraline although many studies suggest greater efficacy with Clomipramine.

Psychological treatments are many and varied and usually combine cognitive and behavioural elements. These behavioural elements usually include some level of exposure to the source of distress and a plan to reduce the compulsive element via a method referred to as response prevention.

Clients will often exaggerate the level or duration of the distress they feel they will experience with response prevention and when asked to measure this distress with a scientific attitude often find that this was precisely the case.

Skilled psychotherapists will often ask their clients to live with their OCD for a week or two, noting every time and situation that triggers distress. The client will then put these into an order from least distressing to most. Whilst evidence shows that starting exposure or response prevention at any point on the list has no influence on the outcome, clients often find experimenting at the easiest end easier to try. This success shows them how the process works and hopefully then they are willing and able to work up the list reducing the amounts of remaining triggers as they go.

Family members of people with OCD

People with OCD occasionally recognise that certain family members have been killing them with kindness. The family member might keep hand gel in their bag or make it clear that they have washed their own hands after touching simple and usually non-threatening items like door handles. They might allow use of the shower after cleaning it by the person with OCD before using it themselves or even flick a switch they are using the ‘lucky’ number of times. It is nice to have such family members or friends, but if the OCD is going to be successfully treated then engaging these people with the treatment and the rationale behind it is essential. Psychotherapists might even encourage a client to recognise how the condition is affecting the lives of others as a motivator for therapy. Asking clients at the start of the therapeutic process to list all of the possible benefits of successful treatment gives them the opportunity to recognise how their loved ones might also be better off.

Whilst nowhere near as common as some of the ‘other’ anxiety disorders, OCD affects a significant number of people. And these people often genuinely feel plagued by their symptoms. But as we have seen, there are treatments out there.

If you or a loved one has symptoms of OCD do speak to your doctor and ask about the range of treatments that they have at their disposal. If you are talking to a health care professional and they suggest a treatment be sure to discuss it in full, asking about the rationale for the suggestion. As a psychotherapist I would like to conclude by saying without a shadow of a doubt that treatments for OCD, when used properly and taught correctly can be truly life changing – so be positive.

If you have any thoughts about OCD, please feel free to discuss them in the comments below.