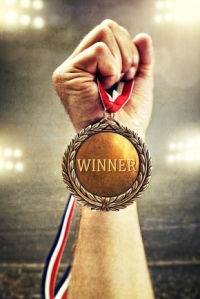 One of the most enduring children’s stories of all time is Aesop’s fable of the Tortoise and the Hare. The story concerns a Hare who ridicules a slow-moving Tortoise. Tired of the Hare’s arrogant behaviour, the Tortoise challenges him to a race. The Hare soon leaves the Tortoise behind and, confident of winning, takes a nap midway through the race. When the Hare awakes however, he finds that his competitor, crawling slowly but steadily, has arrived before him.

Is this story a typical tale of attitude overcoming ability; or is there another interpretation? In classical times it was not the Tortoise’s plucky conduct in taking on a bully that was emphasised but the Hare’s foolish over-confidence.

Almost every underdog story (and we all love an underdog, especially in Britain!) reports how a less talented, resourced or equipped individual beats someone who really should have won the contest due to his or her inherent superiority. But rather than relying on Aesop’s fables to prove our point, let’s consider some real life examples:

David versus Goliath is an often quoted example of the underdog. (And yes it is a true story!) Saul and the Israelite army were facing the Philistine army with only the Valley of Elah separating them. Goliath, the champion of the Philistines, comes out between the lines and challenges the Israelites to send out a champion of their own to decide the outcome in single combat, but neither Saul nor any of the Israelite soldiers are prepared to take on the giant, heavily armoured Philistine warrior. David a shepherd boy, bringing food for his elder brothers, accepts the challenge. Saul reluctantly agrees and offers his armour, which David declines, taking only his staff, sling, and five stones. And we all know what happened next; David hurls a stone from his sling and hits Goliath in the centre of his forehead, Goliath falls on his face to the ground, and David cuts off Goliath’s head with his own sword. Job done. For the full colour, no holds barred version of the story you can find it in the the book of Samuel.

The underdog concept can be widened to include groups or teams of people, and sport is a rich source of underdog stories. Leicester City Football Club winning the premier League title as the 5,000-1 outsiders in the 2015/16 season beautifully fits the mould of the underdog. An unglamorous team which had never won the title in its 132-year history, Leicester City were not resourced with a limitless supply of petro-dollars, star talent and years of accumulated knowledge of winning titles. Yet despite this, Leicester won the title finishing 10 points clear of Arsenal, 11 points ahead of Tottenham and a staggering 15 points better than both Manchester clubs.

What of the underdog in business? Look no further than Brighton where The Body Shop was launched in 1976 by Anita (and latterly) Gordon Roddick with some help from a friend Ian McGlinn who loaned Anita £4,000. From nothing it ended up competing successfully against key players in the beauty industry such as Revlon and Olay before being sold for £652.3 million in 2006 to L’Oréal.

So was it just having a better ‘attitude’ that helped David, Leicester City and the Roddicks defeat those with much superior ‘ability’? Well, there is no doubting that they all shared a belief that they could upset the odds and eventually triumph over the big dogs. Have no doubt either about the amount of hard work they were prepared to put in to achieve their objectives. Whether it was the years of hard work David put in protecting his sheep from predatory animals by perfecting his sling shot technique or Anita Roddick opening her first shop with the aim of making an income for herself and her two daughters while her husband Gordon was away working in South America.

But in all three cases it wasn’t just about attitude overcoming ability; all three underdogs had an edge. David’s edge was refusing to use the same fighting tactics as Goliath – David had no intention of getting up close and personal with the Philistine giant who would have slaughtered him in hand to hand combat.

Leicester City’s edge came from their financial inability to compete for expensive strikers. Instead they found two very good (and cheap) defensive midfield players and adapted their tactics so that they defended deep in their own half of the field and when they won the ball it was swiftly launched upfield for their lightning quick (and very cheap) striker Jamie Vardy to run in behind the opposition defence to score.

Most people know how The Body Shop got its edge – as Dame Anita once said “Being good is good for business”; ethical sourcing, sustainability and green products gave the Body Shop its edge over its cosmetics industry competitors, many of whom used animal testing for its products and treated its suppliers from poorer nations unfairly..

The truth is that on the vast majority of occasions the underdog gets soundly beaten. Attitude alone will probably not overcome ability. No matter how hard you work over time you will lose out to those with more ability; unless you have an edge.

But if you are smart enough not to go head to head with the opposition and refuse to compete on their terms then attitude beats ability. Working harder than the competition is a given; thinking smarter is the key…

…and what was the Tortoises’ edge? Exploiting the Hare’s arrogance which is all too often the fault of those with superior ability!