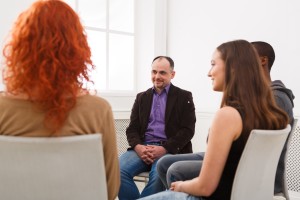 There’s method in our madness. Here at MHD we have a framework and a philosophy that instructs what we do – this isn’t just a place for quick advice or a rest home for agony aunts. So what is it that makes us who we are?

REBT itself is perhaps a direct descendent of stoic philosophy which we will look at in further detail in the third in this series of articles.

So, what is REBT? A simple exploration into the world of rational emotive therapy identifies that its founder, Albert Ellis believed that people really just want to be happy. However, this seemingly simple ideal is often thwarted by our motivational needs, our values, thinking and our core beliefs. Ellis identified some key beliefs that lead to troubled thinking.

Like cognitive behavioural therapy before it, Albert Ellis identified problematic core beliefs central to emotional difficulties. These are often referred to as the three musts. They are:

1) I must perform well, winning the approval of others and that failure to do so means I am unworthy and will always fail.

2) People near and around me must treat me well and fairly otherwise they do not deserve a good life and should be punished.

3) I must live in a safe and hassle-free environment which is enjoyable. Anything else is awful and horrible and would mean life was not worth living.

As is the case with cognitive and behavioural therapy there is a substantial body of evidence which verifies the effectiveness of rational emotive therapy whether it be making changes to a person with a defined psychological problem such as anxiety or depression or simply thinking in a more rational and less emotional way. 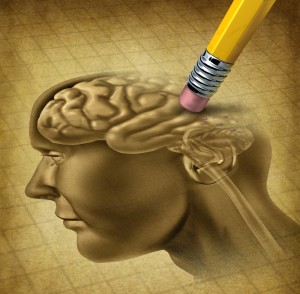 Another interesting relationship between the two therapies of cognitive behavioural therapy and rational emotive therapy is their focus on the present rather than the past. As is often seen during psychotherapy sessions on the television and in the movies where people are encouraged to discuss past experiences, Albert Ellis actually identified that believing the past has a significant influence on our present life is a common irrational belief. This kind of thinking can often lead people to think that they cannot escape what once was, who they are or what they and life can be.

With this in mind therapists will often attempt to work with their clients to make the sessions and the overall therapy goal oriented rather than simply being opportunities to talk about past experiences. So, for example, the client who has experienced numerous failures in relationships would be encouraged to address their thinking and their beliefs about what could be different rather than simply talking about the pain and anguish they had experienced during and after the end of these courtships. A typical goal might be to reduce the anxiety felt at dating again and therefore the therapist would focus the client on future success rather than continuing thoughts on the perception of past failures. A client might also believe they are unlovable or most modern relationships are doomed to failure. The REBT method would be to alter these beliefs hopefully resulting in a change of perception within the client.

A further consideration, with the three musts in mind, might be to encourage the client to accept that even healthy relationships can be far from utopian. Even the best of partnerships, loving or business come with moments of difficulty and discomfort and the acceptance of this is important in a healthy and balanced, rational mind. Unrealistic expectations will most likely lead to unnecessary emotional discomfort. And here we start to return to another of our old favorites, Stoicism – more to come on this next week.

A criticism of both CBT and REBT still continues that the past is ignored. Of course, the experiences of the client are important and past experiences are not to be completely ignored as these will be invaluable in understanding what is going on now but the REBT therapist will only utilize this information to formulate a program of therapy designed to move forward.

A further criticism of both therapies is that they only teach ‘coping strategies’. Nothing could be further from the truth. Philosophical shifts, restructuring of beliefs and thought challenging skills with proven neurological alterations are anything but simple coping methods.

Both CBT and REBT have their own moments of beauty whilst remaining similar in many regards. The MHD way embraces the fraternal similarities born in ancient parent philosophies. Next week we will discuss our favourite ancient approach – Stoic philosophy. In the meantime, for more information on the subject of REBT we would recommend visiting the original source at The Ellis Institute