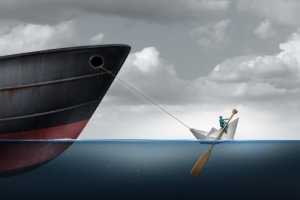 Last week we took a quick glance at Rick’s take on the first phase of a divorce or separation which highlighted the importance of accepting the reality of the situation whilst putting in the requisite effort to maintain a balanced outlook. In this brief piece we will move on and take a sneak peek at the second phase which examines the temporary readjustments required.

We are assuming here that the two parties have recognised that reconciliation is not on the cards and the next few months will see the couple taking definite steps towards divorce (if they were married). Whilst we in our first article addressed thinking errors and the grieving process, Rick now digs much deeper into these concepts. An understanding of the way thinking errors affect us is almost certainly a great first step to both healing and moving forward in a more productive manner. I personally, as a psychotherapist, ask my own clients a big question at this point – ‘What is success for you in this situation?’. I find that this helps people move away from any acrimonious thinking and helps them become more focussed on a positive outcome (especially useful if there are children involved) and helps them to highlight how thinking errors are holding them back from this.

With difficult endings can come the four gruesome elements of guilt, shame, blame and responsibility. Without a more balanced thinking approach, these four can often co-opt thinking errors and turn the tide of emotions against us. It isn’t only the couple who can fall into these traps but the loved ones and the friends too, not to mention any children involved. 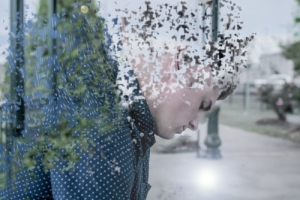 Rick elaborates in this phase of his book on how emotions are often given superior status over logic by the brain. It is well worth remembering that our own mind is definitely playing tricks on us. Your emotional brain (the limbic system) is about five times more powerful than your logic processing centres. This drags us into an emotional overload wherein we cannot see reality for what it is and we enter a vicious cycle of trying to verify our own emotional negative thinking rather than trying to balance it out and feel better! Rick gives a great example of how the brain’s first thought can be very convincing. I’ll share a different scenario here. In 1961, President John F. Kennedy asked for the funds to begin a space programme which would put a man on the moon. In 1969 Neil Armstrong became that very man. In 1972 the programme was brought to an abrupt halt. Why? Public perception was that it had become a massive waste of money. So, politicians pulled the plug. Simple. Well not quite. The space programme is now recognised by economists to have been one of the most profitable endeavours the US government had ever been involved in with spin offs for the American economy being almost incalculable. The government of the time knew this as did many of the politicians, but they knew that the electorate (you and I) don’t vote with logic but with emotion. So, despite seeing the vast benefits of continuing the programme they gave us what we wanted and cut the funding. Emotions holding us back collectively. For more on this please read the most entertaining book, ‘The Human Universe’ by Professor Brian Cox.

The take away message here is, as you enter the second phase of separation, do not, under any circumstances, let emotion rule the way you think – That way misery lies. It isn’t easy of course but by learning more about thinking errors, keeping a written record of them and challenging them will help.

During phase two you will be confronted with a number of uncomfortable realities. These might include becoming a single parent, living alone and having scheduled time to see your own children and maybe even seeing new people again. None of this will be easy and other feelings such as loneliness might become part of the problem. Don’t bury your head in the sand and assume that this won’t happen to a social butterfly like you! As we discussed in the previous article, blind optimism can come back to bite us. In the book, Rick provides us with a reality check and exercises to help us through this. He even provides help for those who can hold their hands up and acknowledge that they are the cause of the separation.

Phase two will have been a difficult time for all parties but it can be made easier with the use of a few tools and exercises. Knowing them isn’t enough but a disciplined practice of them will provide tons of comfort.

Next week we will look further and delve into phase three which Rick sees as a ‘brave new world’, to coin a phrase.

If you would like to purchase as full and thorough version of the book with all of the tips, tricks and techniques please follow this link.