Imagine if you will, a by gone age. An age of wild bears and packs of wolves roaming freely across the tundra. Add a mammoth meandering along the horizon and a small number of wary, two legged creatures called homo sapiens and you have the picture. 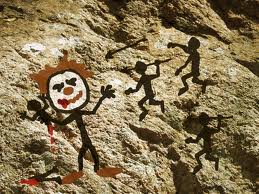 So when our hairy forefathers and fore mothers with a freshly sharpened pointy stick encountered an even hairier animal with sharp teeth and a taste for human flesh it was a good idea for their bodies to respond to the occasion like He-man stating ‘I have the power’. And just like He-man getting stronger and faster, so did the cavemen.

The sudden threat caused a number of biological alterations to occur that gave him / her much improved speed, stamina, strength and focus. Not to mention improved resilience to attack.

Adrenaline was shot into the system closely followed by a change in breathing patterns in order to get more oxygen to the muscles.

The heart rate increased in order to facilitate the transport of that oxygen.

Blood travelled to the muscles and away from the bodies periphery making us stronger yet less likely to bleed to death if injured.

Peripheral vision reduced to aid greater focus on the threat in front of us. 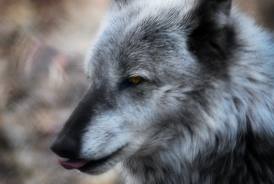 And this made the cave dweller a tougher adversary for the wild animal or enabled a faster escape.

All very good. With any luck, the super cave man killed the beast or escaped or died trying. Whichever outcome the problem was quickly resolved and the super powered response could switch off again leaving him in peace. All was well in the world.

Is stress a modern day enemy?

That was when the stress response useful. However, whilst society has evolved since then, we haven’t.

In the modern day in which you and I live, the response can still be useful. I’m sure you can think of times when you’ve found an extra burst of speed when running for a bus or similar but all too often we respond in this magical fashion when we cannot kill or escape the threat.

The boss snaps at us or a bill comes unexpectedly just before Christmas that you cannot hope to pay in time. Bad news arrives or the danger of it and the power of the stress response comes to our rescue but now there is no clearly defined way to end it quickly. If we kill bosses the problems get worse rather than going away I’ve found.

Modern science has taught us a great deal about stress. One of the most striking learning points is that psychological stressors with no obvious physical threat actually create a greater stress response than those of a typically physical nature and are much worse when they are anticipatory in nature. For more of the science behind the physical response to stress we highly recommend reading the article ‘Effects of stress throughout the lifespan on the brain behaviour and cognition’. The anticipatory stress is made much worse by our own thinking and this exact problem was covered in our article on thinking errors and jumping to conclusions.

And then we learn to dislike the feelings that the response gives us. It becomes a problem. We learn that stress has no obvious end that we can control healthily.

If the stress response lasts for longer than it was designed for our nervous system stops operating in the balanced fashion that is healthy for us and physical conditions become more likely.

Prolongued stress can have significant impacts on mental health, cognition and even brain structure.

So stress management is a must. Hopefully you will find the answers on our website but please, don’t hesitate to inform us of your favourite hints and tips.

But always remember – those feelings are universal. They are not unique to you.

One thought on “When Stress Was Useful – A Superhuman Response”